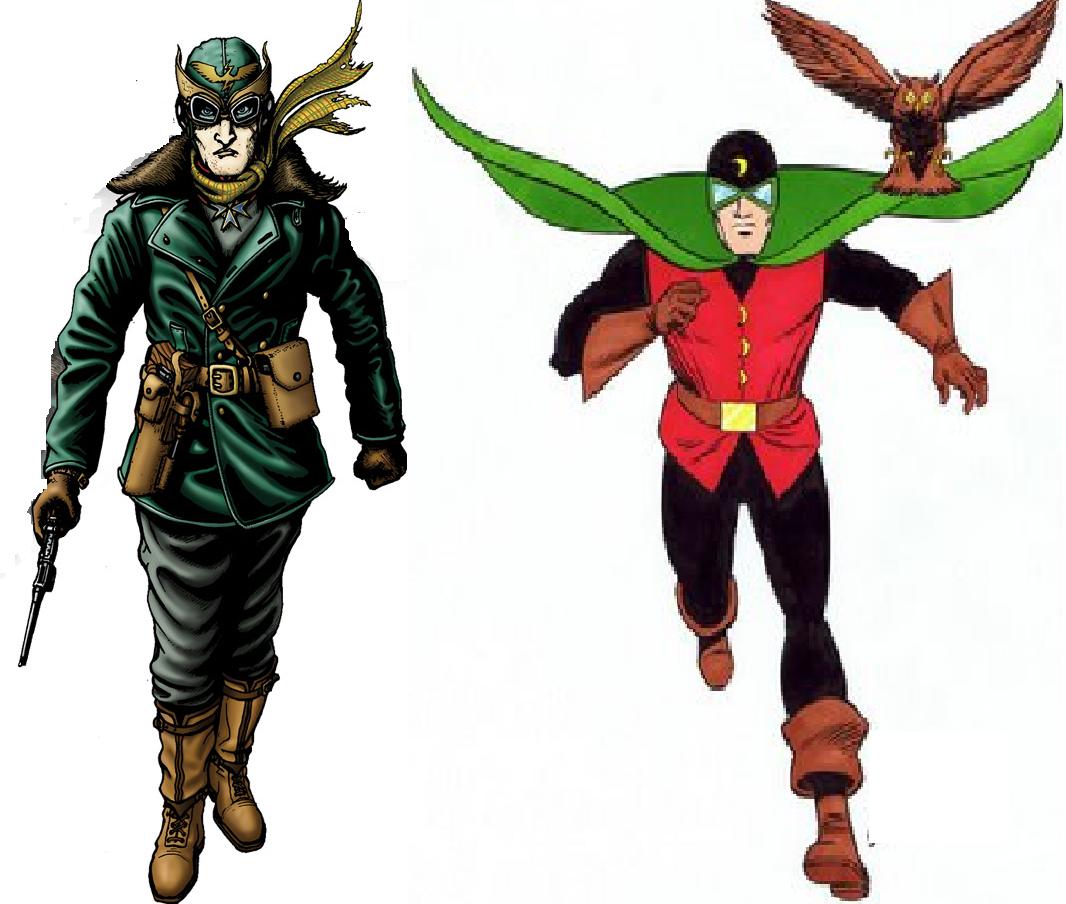 One was a hunter, the other a doctor. One was German and the other Scottish, and each served opposite sides during World Wars. We introduce you to Baron Hans Von Hammer and Doctor Charles McNider, two men scarred by tragedy yet proving they possessed a heroic spirit that transcended their circumstances in life, and helped them to see the larger picture in front of them... that being the well-being of their fellow man. Even when such caused them personal discomfort. As Rittmeister Hammer of Earth-One and Doctor Mid-Nite of Earth-Two, these two goggled guys made names for themselves as living legends. And in a third universe, the counterpart to both men was the fellow aviator Jim Albright aka Captain Midnight, who blended the best of both of his cosmic twins, and battled alongside fellow heroes on his Earth-S such as Spy Smasher during the World War II era. 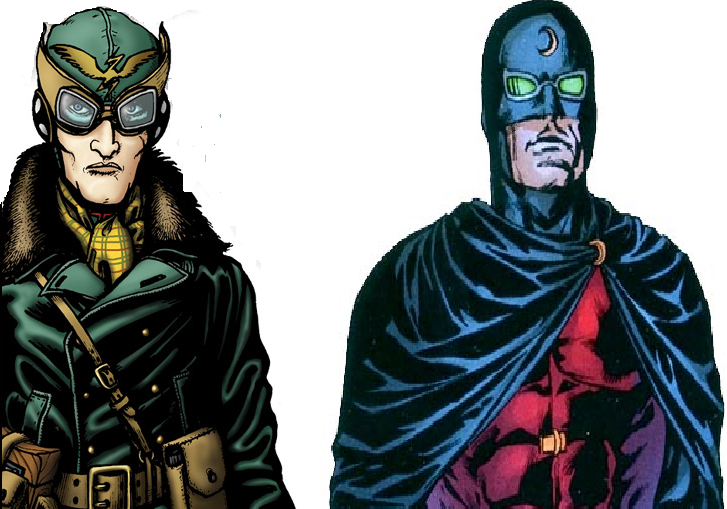 Hans Von Hammer was an aristocrat and hunter who was employed by the German government into becoming what was termed by his opponents an "Enemy Ace". a masterful pilot who would defend the skies against opposing forces in his bi-plane. Doctor Charles McNider sustained permanent injury to his optical nerves following an explosion during a surgical procedure he was performing. After this, he learned that he had the ability to see in darkness when an owl crashed through his home's window. Devising infra-red goggles allowing him to see in daylight, while his own vision adapted to grant him sight in total darkness, Charles developed weaponry for his costumed career as Doctor Mid-Nite. 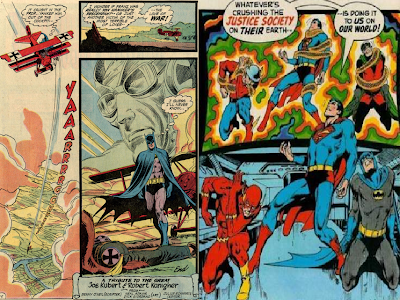 In addition to the Doctor's grenades which caused the blackout mist, he later devised a cryotuber that shot lasers, freeze beams and paralysis beams. The Doctor had proven as adept an inventor as had Captain Albright. Hammer had his own luger and grenades by his side and cunning strategy to aid him in his various conflicts. And during a latter occasion, when displaced from his era, Von Hammer's weaponry was given chronal energy that paralyzed his opponents much like Mid-Nite's cryotuber had a few years prior to this event. 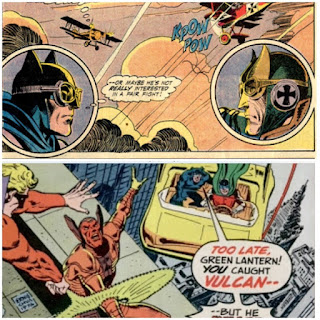 On this occasion, the Lord of Time plucked Von Hammer from his native time period along with four other historic heroes into the late 20th century to opposed the Justice League and Justice Society. During this adventure, Hans met Charles in their costumed alter egos, initially opposed to one another yet heroically fighting the Lord, although not side-by-side. And interestingly, at one point in the modern era when Doctor Mid-Nite was grappled in a net by alien adversaries, his "closest counterpart" on Earth-One Batman was likewise affected. How could this be, since Von Hammer was McNider's doppleganger on that world? By that point in time, the Enemy Ace had died, although his heroic legacy was passed on to Batman as shown in an air duel he had with the alleged descendant of Hans. 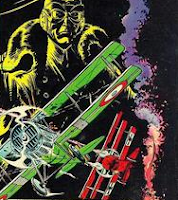 Despite his blindness, thanks in part due to his infra-red googles, McNider was every bit the expert aviator as was Von Hammer.  While Doctor Mid-Nite had less frequent opportunities to fly aircraft than had the Reitsmeister, when called upon he did a fine job.
Von Hammer led a solitary life, with occasional romantic interests, although the contempt he felt for his partcipation in war alienated him from his fellow man. In fact, his sole companion was an unnamed wolf who accompanied him during his walks through Germany's Black Forest. This kinship with an animal ally mirrored that of McNider's longtime bond with his pet owl Hooty. Von Hammer found a recurring adversary in the American pilot Lieutenant Steven Savage aka the Balloon Buster, while McNider's frequent opponent was Doctor Light. Von Hammer would never have had occasion to meet his world's Doctor Light, and doubtful that McNider ever encountered Savage's counterpart Captain Desmo.

The counterpart of Doctor McNider's nurse and girlfriend Myra Mason was a future Myra Mason who assisted industrialist Rick Starr in both his business and costumed identities. This Myra was aware of Starr's alter ego as Space Ranger, and aided him on various adventures in the 22nd century of Earth-One, while the Myra Mason of Earth-Two never seemed to connect the dots between her boss and boyfriend, and his masked manhunter alter ego, even when she played the role of a female Doctor Mid-Nite alongside other girlfriends of Mid-Nite's Justice Society of America.
Posted by Doppelgänger at 8:26 PM

Blogs Across the Multiverse